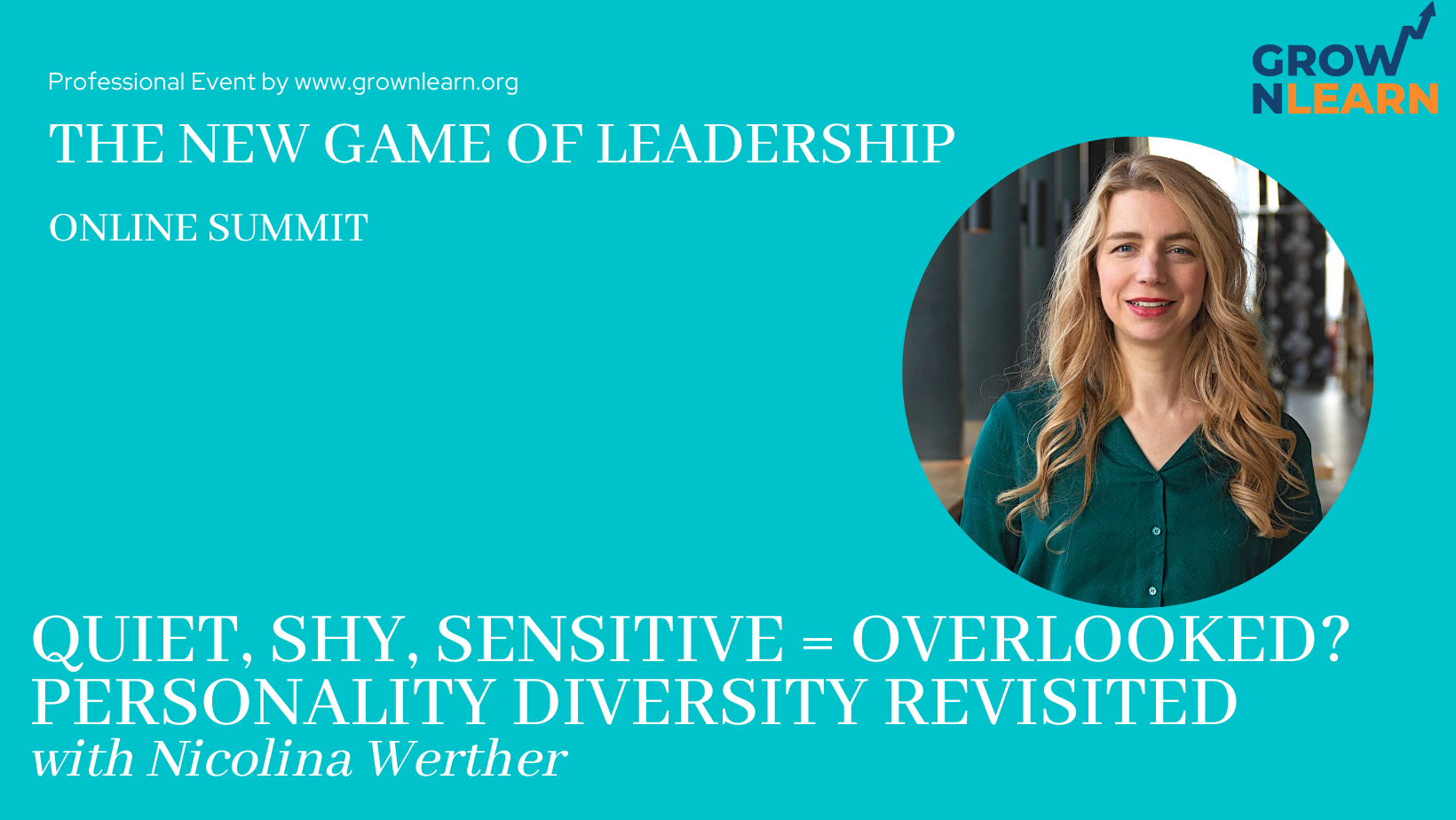 There were errors with your submission. Please try again.

All leadership starts with self-leadership. Whose ideas in your team or organisation get frequently heard, acknowledged, implemented, and whose don’t? Who feels highly satisfied in their career and who doesn’t?

What often gets into the way of us contributing most effectively and in a personally fulfilling way, is us working against our natural strengths, abilities and tendencies. Many organisations, work cultures and jobs favour specif personality types over others. Sometimes for good reason, sometimes not so much. Sometimes, great opportunities, employee engagement and effective productivity are left on the table, in favour of what is familiar.

In this workshop we will revisit personality inclusion, looking at it from two angles: Your own – do you feel like you are able to fully express your talents and use your skills at work? As well as that from others – who is or isn’t able to bring their whole self to their work?

This workshop is for those wanting to gain insights for their own career as well as those who are looking for ways to create better structures and systems within their companies.

Always having known that feeling fulfilled and self-actualized in her work was a non-negotiable, Nicolina came up repeatedly against circumstances and systems that would dampen her ambitions and spirits, eventually leading to a period of emotional health issues.

Continued personal development combined with learning about social and systematic dynamics has taught her the skills to overcome most obstacles in the way of creating meaningful impact, for oneself, as well as for the wider world.

Now, Nicolina draws on a decade of experience and training in coaching, psychology, mindfulness and systemic thinking, as well as a background in the social sciences and performing arts.

Go to the main event ‘The New Game of Leadership”

Overview of all webinars